Amperes (A), volts (V), and watts (W) are the 3 basic electrical units, connecting electrical current, voltage, and power. Every electric device – from air conditioners to washing machines and generators – includes them in their specification sheets.

One of the most common questions here is this: How to convert amps to watts?

To convert amps to watts, we need to use the following formula for electrical power:

In a simple equation, here’s the relation:

To calculate watts, we need both the amperage and voltage (usually either 120V or 220V).

How Many Amps Are In A Watt?

For easier calculations, knowing how many amps are in a watt is very useful. We start with the original formula for electrical power:

To calculate how many amps are in a watt, we need to specify the voltage. Let’s take the basic 120V. Here’s how we calculate the number of watts in a single amp:

If we use the 220V voltage, we have this amps to watts equation:

Here is a full amps-to-watts conversion chart, with solved examples below:

How many watts does a 3 amp air conditioner use? It’s connected to 120V and we can use the upper amps to watts calculator to figure this out, like this: 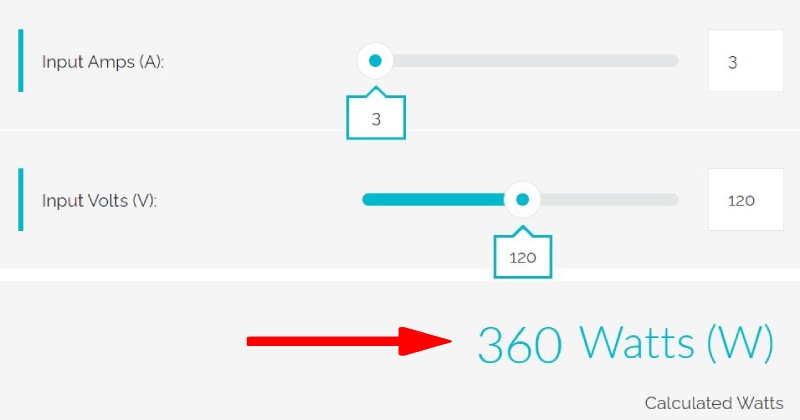 More powerful units, like washing machines and mini-split air conditioners, can be powered by 15 amps. How many watts is that? 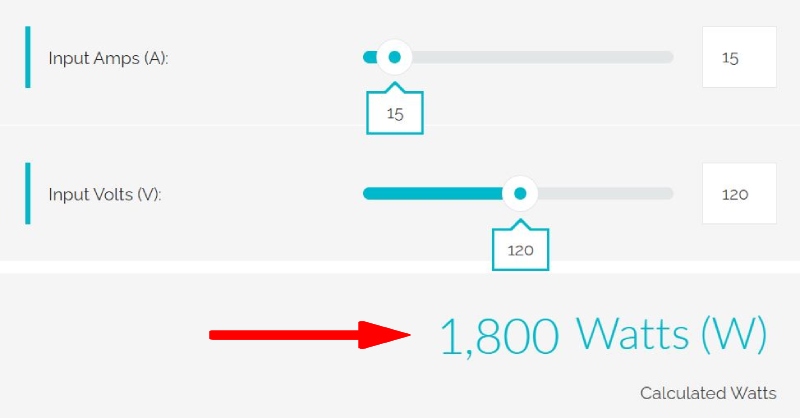 More powerful electrical units can draw as much as 100 amps. For these units, you already need amp breakers. 5 zone mini-split units are a good example of 100 amps electric devices.

They are hooked up to 220V because 120V would need even more current. Here’s the conversion of 100 amps to watts: 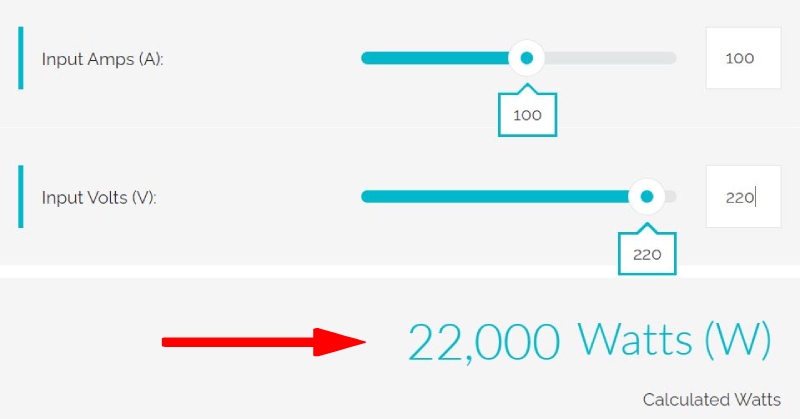 If you have a specific example in mind, you can post it in the comments below and we’ll solve it together.

10 thoughts on “Convert Amps To Watts (A to W): Simplest Calculator + Conversion Chart”